The inaugural Fundy Sea Shanty Festival took over the village of St. Martins this past summer, attracting nearly 1,000 attendees and volunteers – half travelling from outside the Saint John Region. And the festival brought more than toe-tapping shanties to St. Martins, with an estimated economic impact within the region of more than $240,000.

Businesses within the village are already looking forward to next year – with an increase in demand for accommodations during the festival weekend.

The idea has been something organizer Gary Caines has dreamt about for years. He first heard the word “shanty” when he was 12, and his passion for the craft began long before the TikTok trend.

“My dad went to work on his uncle’s schooner off the southern coast of Newfoundland,” Gary explained. “He told me how they used to sing on board the vessel.”

This prompted Gary to start collecting and researching books on Sea Shanties, which turned into a call for the creation of a Sea Shanty acapella group, Before The Mast – 16 years ago. 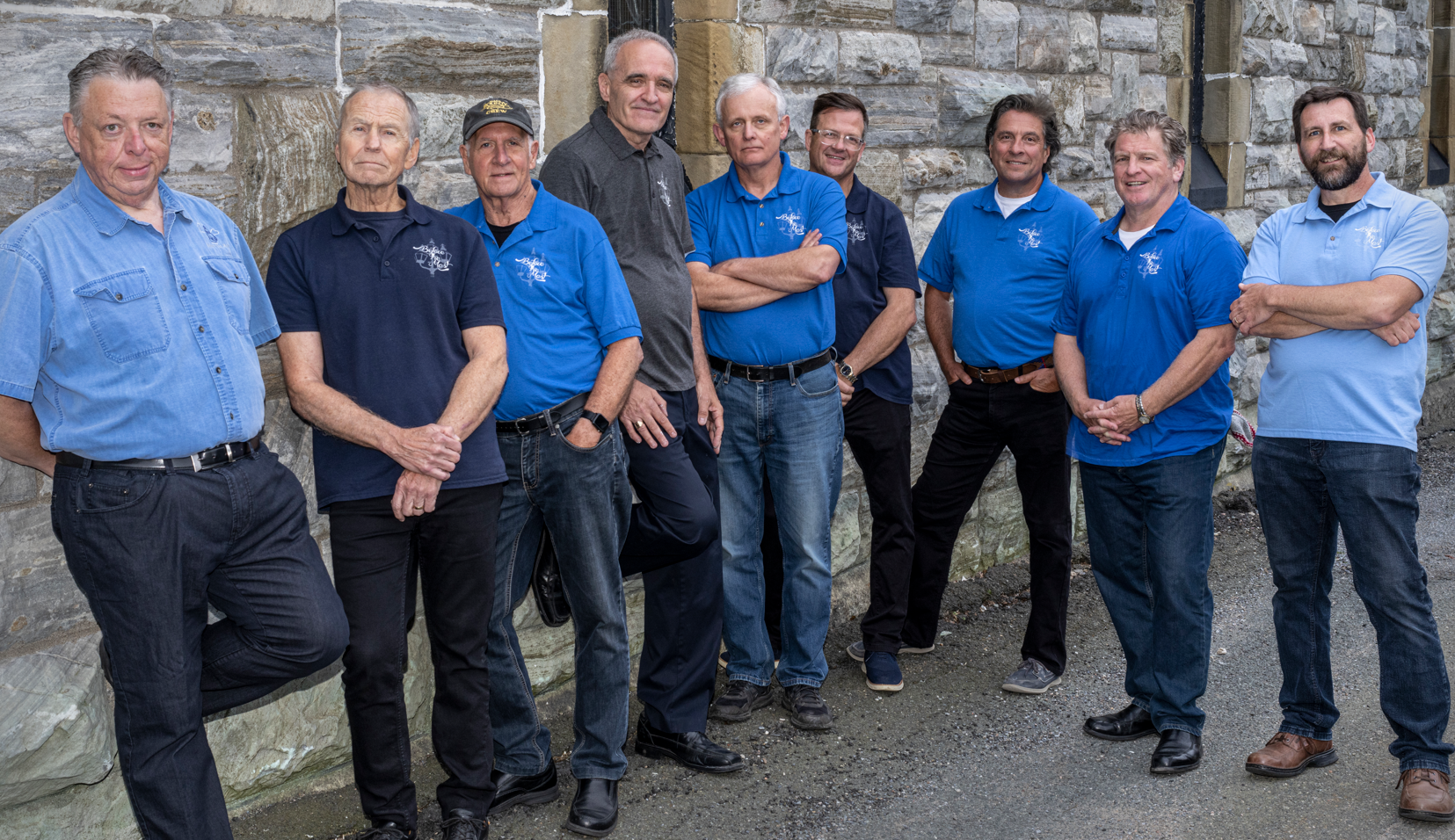 Gary Caines (second from the right) with members of Before The Mast. Photo: Submitted

“I thought, perhaps we were the only ones in the world doing this but come to find out it was huge in Europe – we just were the only group in New Brunswick,” he said.

“I came away from the Quebec festival in 2012 and thought ‘wouldn’t it be nice to do something like this at home?’.”

It was after attending La Fête des Chants de Marins festival a second time that Gary was hooked and knew he had to do something for others to experience this special event.

He quickly received traction and support when he floated the idea – and was encouraged to hear people’s excitement about bringing the festival to the village of St. Martins.

The next obstacle Gary had to overcome in order to make the festival a reality was sponsorship. As a volunteer passionate about shanties – he needed to have support in order to get the acts signed up and put on a show.

After meeting with Envision Saint John: The Regional Growth Agency, Gary was able to secure a joint partnership with Envision Saint John, DP World and Port Saint John. The organizations saw the festival as a perfect fit – paying homage to the ships and sailors who helped forge nations, acknowledging and celebrating their stories and songs – and bringing people within the region together to celebrate maritime history and the important role it continues to play. 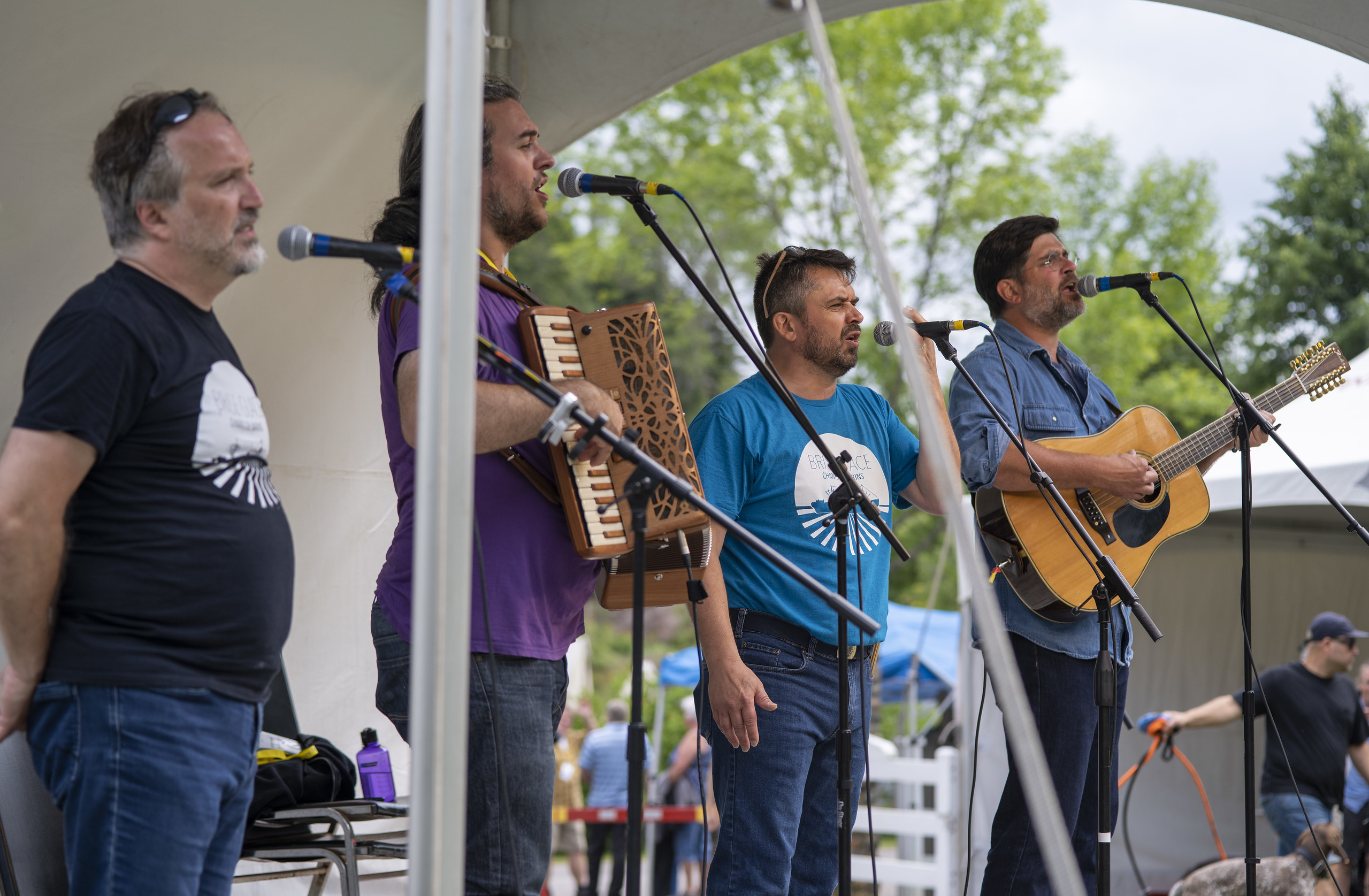 “Every now and then I’d be driving along, and I would just shake my head,” Gary said.  “It didn’t seem real that it was actually happening. I think people are looking for something different. There are folk festivals, rock festivals, and country festivals, but this is different.”

And it wasn’t only spectators who lined up to take part in – volunteers stepped up to ensure the festival’s success.

“I was amazed at the number people who were willing to help out in any way possible to make sure all the pieces of the puzzle came together,” Gary said.

Gary shared how people are waking up and discovering shanties – which was clear with the success of the 2022 festival – and there is no slowing down – with big plans in the works for the Fundy Sea Shanty Festival in 2023 – including more international performances added to the lineup.

Doubling ticket sales and incorporating more events leading up to the festival weekend in communities throughout the Saint John region, including the Town of Hampton is also part of the 2023 plans.To keep up to date and view announcements, visit  www.fundyseashantyfest.com.